Did your sole proprietorship recently acquire all or nearly all of the assets from a corporation?   Think you’re immune from the former corporation’s tortious liability? Watch out! A recent decision from the Massachusetts Supreme Judicial Court found that a sole proprietor can have successor liability!  Read below for more information.

In Smith vs. Kelley, SJC-12759, (Mass. February 11,2020), the Massachusetts Supreme Judicial Court (“SJC”) found that a sole proprietorship operated by Robert E. Kelley (“Kelley”) could be held liable for a judgment owed to the plaintiff Robert Smith (“Smith”) by Kelley’s former professional corporation (the “Corporation”).

Kelley was a real estate attorney who previously practiced law through the Corporation.   Kelley was the sole shareholder, president, treasurer, secretary, and director for the Corporation.  Smith is a United States Marine Corps veteran that suffers from schizophrenia, post-traumatic stress disorder, depression, and is functionally illiterate.  Id. at 3.

Smith was never a client of the Corporation.  But in 2005 Smith was the victim of a mortgage fraud scheme. Under the scheme, Smith’s name and a false financial profile were used for two fraudulent real estate purchases.   An attorney from the Corporation was the lender’s attorney and directed Smith to sign loan documentation with contradictory and false owner-occupancy affidavits. Id. at 4.  Shortly thereafter, Smith defaulted and both properties went into foreclosure.   The foreclosures ruined Smith’s credit, prevented him from being able to rent an apartment, and his mental health deteriorated precipitously.  Id. at 5.

After the final judgement, Kelley resigned and voted to wind up the Corporation. Kelley also voted that the Corporation’s existing clients should be asked to amend their fee agreements to bill all future work to a sole proprietorship that he was establishing rather than the Corporation. Id.at 7.

Smith made a demand on the Corporation for his judgement but the Corporation failed to remit any money to him.  Smith filed this lawsuit on July 18, 2016 seeking a declaratory judgment that Kelley was personally liable for the judgement as a successor in interest to the Corporation.  Kelley filed for summary judgment which the trial court granted on the ground that the doctrine of successor liability was only applicable to successor corporations and could not be applied where the successor in interest was a natural person.  Smith appealed and the SJC transferred the case on its own motion.

The SJC reversed and found that Kelley could be personally liable under the doctrine of successor liability for Smith’s judgement against the Corporation.  Id. at 15.

The SJC based its decision on the equitable doctrine of successor liability.  A a general rule of corporate law, a corporation’s liabilities are typically not imposed upon its successor. Id. at 15.  See also Millikan & Co.  v. Duro Textiles, LLC, 451 Mass. 547, 556 (2008).  The successor liability doctrine is an equitable exception whereby a successor in interest is held responsible for the predecessor’s liabilities.  The doctrine is to remedy the inequitable situation where a corporation attempts to shed its liabilities to an unsecured creditor “by merely changing its form without significantly changing its substance.”  Smith, SJC-12759 at 16 (quoting Millikan & Co.  v. Duro Textiles, LLC, 451 Mass. 547, 561 (2008).

Successor liability is triggered when a successor entity is a “mere continuation” of its predecessor.   Id. at 16-17.  To determine  whether a successor entity is a mere continuation, courts will examine  “the continuity or discontinuity of the ownership, officers, directors, stockholders, management, personnel, assets, and operations of the two entities.”  Id. at 17 (citing Cargill, Inc. v. Beaver Coal & Oil Co., 423 Mass. 356, 359 (1997) for relevant factors in continuation analysis).

Consequently, the SJC concluded that evidence was “overwhelming that Kelley’s sole proprietorship amounted to a ‘reincarnation’ of the corporation”.  Id. at 20 (citations omitted).  Furthermore, the SJC opined that if the Corporation had been dissolved in favor of another corporate form, such as a corporation or a limited liability company, “it would have little difficulty in finding the successor entity liable.”  Id.

Lessons from the Case

There are several important lessons to take from the case.  First, if your business has a judgment levied against it, don’t try to evade the judgment by setting up a sole proprietorship to continue operating the business.  Kelley’s attempt to do so failed spectacularly and only succeeded in creating personal liability for himself, instead of the judgement remaining with the corporation.  Instead, consult with a knowledgeable business law attorney to discuss your options, one of which may include business bankruptcy.

Second, if you are a sole proprietor acquiring assets from a dissolving corporation , conduct your due diligence!  Investigate why the corporation is selling the assets and whether there are any known outstanding liabilities.  If there are, identify these known liabilities in the purchase and sale agreement and have them specifically excluded. Include provisions in your purchase and sale agreement to protect your business, such as indemnification provisions, seller representations and covenants, and other appropriate provisions.  Consult with a knowledgeable business lawyer for advice when buying assets from a dissolving corporation.

Third, if you purchase assets from a dissolving corporation , don’t use the assets solely as a continuation of the predecessor’s  business. Courts look at a variety of factors to determine whether the business is a continuation such as commonality of ownership, management and operations.  Try to vary these as much as possible after purchasing the assets. This may be hard because some of your reasons for buying the assets is to take advantage and replicate the success of the predecessor business.  But do your best!

Finally, consider converting your sole proprietorship to a corporation or limited liability company(“LLC”)  to purchase these assets or, to the extent feasible, use one of these entities to purchase the tainted assets.  Both types of entities are also subject so successor liability, but can act as shields to protect your other personal assets from liability (some exceptions are discussed here).   One issue with a sole proprietorship is that all of your other personal assets are at risk from any liabilities associated with the business.  Using a corporation or an LLC to buy these assets (or converting your entire business to an LLC or a corporation) can help shield your other personal assets. Consult with a knowledgeable business formation attorney for help.

Bross Law, LLC can help in the following areas: Business Formation & Sales, Contracts, Employment Issues, Intellectual Property, Business Disputes, and Other. To find out more about how the firm can help you, please click on the practice area links below or contact us. 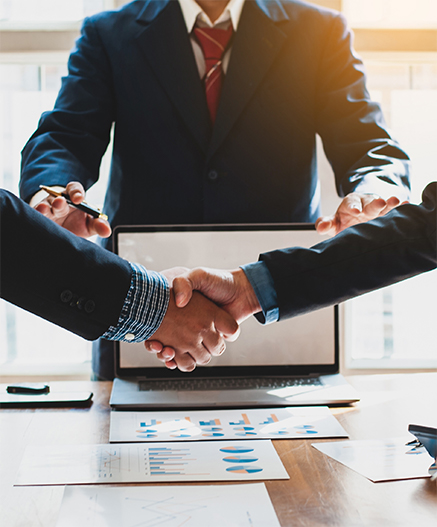 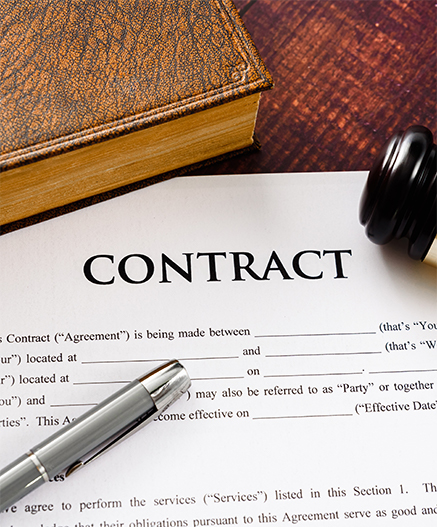